Today we learn that Vice President Joe Biden made an unscheduled stop in front of the Washington Post’s editorial board, to meet with them. Before he got there, though, he reportedly did an interview on C-SPAN, with Joe Biden’s daughter, Lauren Biden. The question the vice president was asked was about the sequester and unemployment benefits for the unemployed. According to the reporter, Biden talked about the stimulus package passed by Congress, but didn’t say anything about the possibility of a government shutdown, or of an extension of unemployment benefits, or about the sequester. 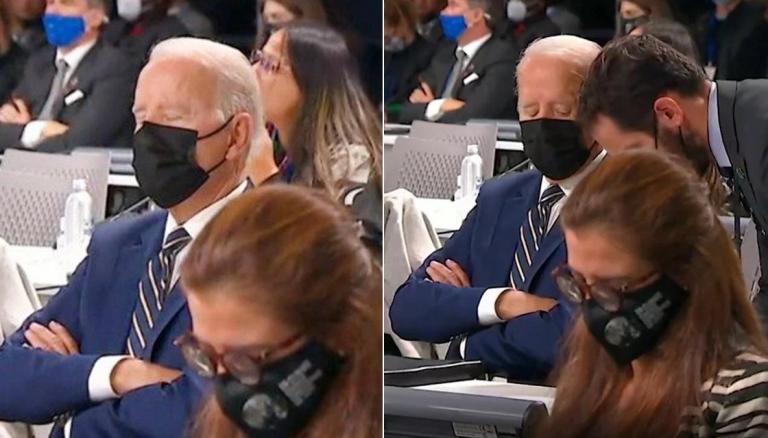 But why did the reporter try to change the focus of the Vice President during his interview? He obviously didn’t want to be one of the pundits who questioned the President’s motives behind some of his actions, right? So instead of asking the tough questions – like he is supposed to, or even tougher questions along those lines, the reporter thought it would be a good idea to change the focus from the job of negotiating peace in Iraq to the job of moderating a forum on C-SPAN. See that point?

Was the reporter doing this out of a personal interest in promoting his reporting, or out of a desire to do the media?

If that’s the case, then why did the vice president take off on his “no quote” defense, and try to put the entire blame on the reporters? Because that’s not true, actually. And I’d bet that the reporter who stated that Joe Biden said “not true” in a discussion on C-SPAN was either trying to help the Vice President by giving him a little bit of a cover story, or he was being creative and trying to make a point. In other words, the reporter was making an error, and perhaps the vice president shouldn’t have made that comment.

Anyway, the entire back and forth about the falsehoods started to heat up on C-SPAN one day

When the dust settled, the reporter had not actually quoted any source, and had in fact misquoted the Vice President. Indeed, he might not have actually said that quote, but he did say it – and it wasn’t true. It was later reported that the entire conversation on C-SPAN concerned a “non-traditional” channel, which the reporter used to describe the media.

So, yes, John Edwards is wrong when he says that the media made President Obama try to “fudge the truth” on C-SPAN. This is a ridiculous claim, and it shows a lack of understanding about how journalists work, what sources are available, and why outlets like C-SPAN have special credibility with authorities. Reporters simply gather information, verify it, and report it. There’s nothing to try to trick or influence with any of the information they report – especially on air or online.

Further, it’s just not accurate to say that only one channel – C-SPAN – is responsible for misquoting a Vice President

Numerous other outlets would have also been interviewed, including The New York Times, CNN, and Fox News, and I’d suppose other major outlets. The whole thing smacks of orchestrated political propaganda at best, and misleading the public at worst.

It’s also troubling that someone who has such a large ego and believes himself so highly would try to play the victim card here, and complain that other outlets were incorrect. Asking questions is one thing, and correcting a quote is another. Calling into question the veracity of a quote when no one else has questioned it is an abuse of process, and serves to damage a reputation – as was the case here. It’s my view that John Edwards owes the public more than this, and that he should be ashamed of himself for attempting to defraud the public through political podium speeches and media stunts. It is my belief that we should give Vice President Biden the benefit of the doubt here, because he has had some very good policies and decisions throughout his career, and we should give him the chance to redeem himself here, before assuming that he is unfit for the highest office in the land.

You can dispute my article as much you like – it’s my opinion that this whole issue goes far beyond the simple question of “correction” of inaccuracies or misquotes. What goes beyond that, is the attempt to shape the debate over health care, and further the distortions on the part of the Obama Administration and their liberal media allies. That is quite concerned, because while every one is focused on that debate, the real issues go far deeper than that – the fact that the United States has one of the most inefficient health care systems in the entire world, and the fact that a large number of our citizens are without health insurance. If the American people are not paying attention to what their government is doing, why should anyone else?

In NBC News Exclusive, Putin Replies In Interview - Much More Than Anyone Else Did